But one of the lowest-tech product to still include a modicum of electronics was Throat Scope, a light-up tongue depressor meant to compete with the wooden stick that has become synonymous with the “Say ‘Ahhh'” experience. Developed by an Australian mom who observed how the depressor-flashlight combo left doctors struggling to look into kids’ mouths while holding open their jaws, the Throat Scope lights up a patient’s pie hole without need for a separate light source. Beyond the market for doctors with fewer than three hands, Holland Healthcare, the company behind Throat Scope, hopes to tap into the consumer market, teaching oral inspectors about various warning signs for maladies such as tonsillitis and mouth ulcers.

Consisting of an LED-lit base and a system of transparent flat disposable “blades” that mirror the their razor counterparts as a recurring revenue model, the Throat Scope is pretty high-tech compared to the organic incumbent, but its illumination of white teeth includes no Bluetooth or other connectivity. Nonetheless, Throat Scope already has a companion app for the product that could be used to crowdsource info on the state of mouth health. Indeed, it would not be a huge leap for the Throat Scope to progress from including a light to a camera. There might even be opportunities for wide angle or 360-degree imaging to set it apart. Holland Healthcare has been picky about components, at one point delaying shipments to a large US drug chain for months because a supplier substituted the LED light.

Using Throat Scope involves far less hassle than blood glucose monitoring. Still, integrating mouth scanning functionality into some kind of toothbrush for a pre-brushing scan might make it easier to integrate it into one’s daily routine as well as create a stronger case for a connected toothbrush.

That is all far down the road for what is today a simple alternative to a stick of wood. But Throat Scope’s success so far shows how even a modicum of electronics, a solid business model, and a simple value proposition can convince a professional user base to move on from what has literally been a throwaway tool. 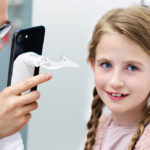 5 New Products You Need For a Healthy Smile 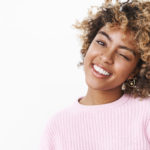